What Was That Inflation Number? 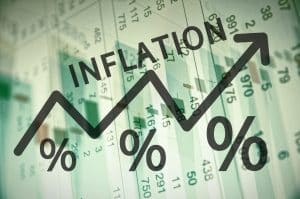 A busy week for headlines. The Australian Bureau of Statistics (ABS) released the inflation number – 5.1%. Substantially higher than expected. And probably hammering home the message that has already been delivered in spades in the U.S. and Europe. The headline latest inflation number for March in the U.S. was 8.5% and 7.5% in the UK. Numbers that have caused their respective central banks to begin their interest rate cycle hike fairly aggressively – or at least in the U.S., to signal that will be the case.

The numbers overseas are in part, responsible for sharemarkets having a bit of correction over the last few days. Sharemarkets get very nervous with a high inflation environment. Higher interest rates tend to mean money comes out of the sharemarket, reducing demand and therefore provides and slows down the overall economy, resulting in lower spending and potentially lower company profits. Until now, the inflation genie in Australia, had remained in the bottle. The ABS announcement has released the genie and put great pressure onto our Central bank to increase rates earlier, rather than later.

A disruption in the supply chain caused by the war in Europe, has put further pressure on prices, which will flow through to the inflation numbers.

So the question for our reserve bank is: “Do they act now (they meet on Tuesday, the 3rd May), or will they wait until June or July, post election. Either way, given that we haven’t had an interest rise since 2010, it will have an impact on spending and hopefully go some way to controlling the genie.

As we have previously highlighted, the high inflationary numbers will continue to create volatility, but at some point over the next few months, we expect that the higher interest rates will have the desired effect and inflation numbers will start to fall.

Whilst there is still no guarantee that investment markets will then recover, it is likely that the level of volatility will reduce and markets will focus more on fundamentals – like company earnings.

In relation to your investment portfolio, it has certainly been a testing few months, but looking back over the many similar periods of volatility, there is always a recovery. Unfortunately, we can’t predict exactly when that will commence, so the answer is: predictability, stay the course. We can’t time the recovery but our investment portfolios are constructed to stand the test of time, and will in time commence recovery.

If you are still concerned, please give your advisor a call. They can provide a little more insight and highlight some of the other factors that will likely return inflation to a more normal band over the next few months.